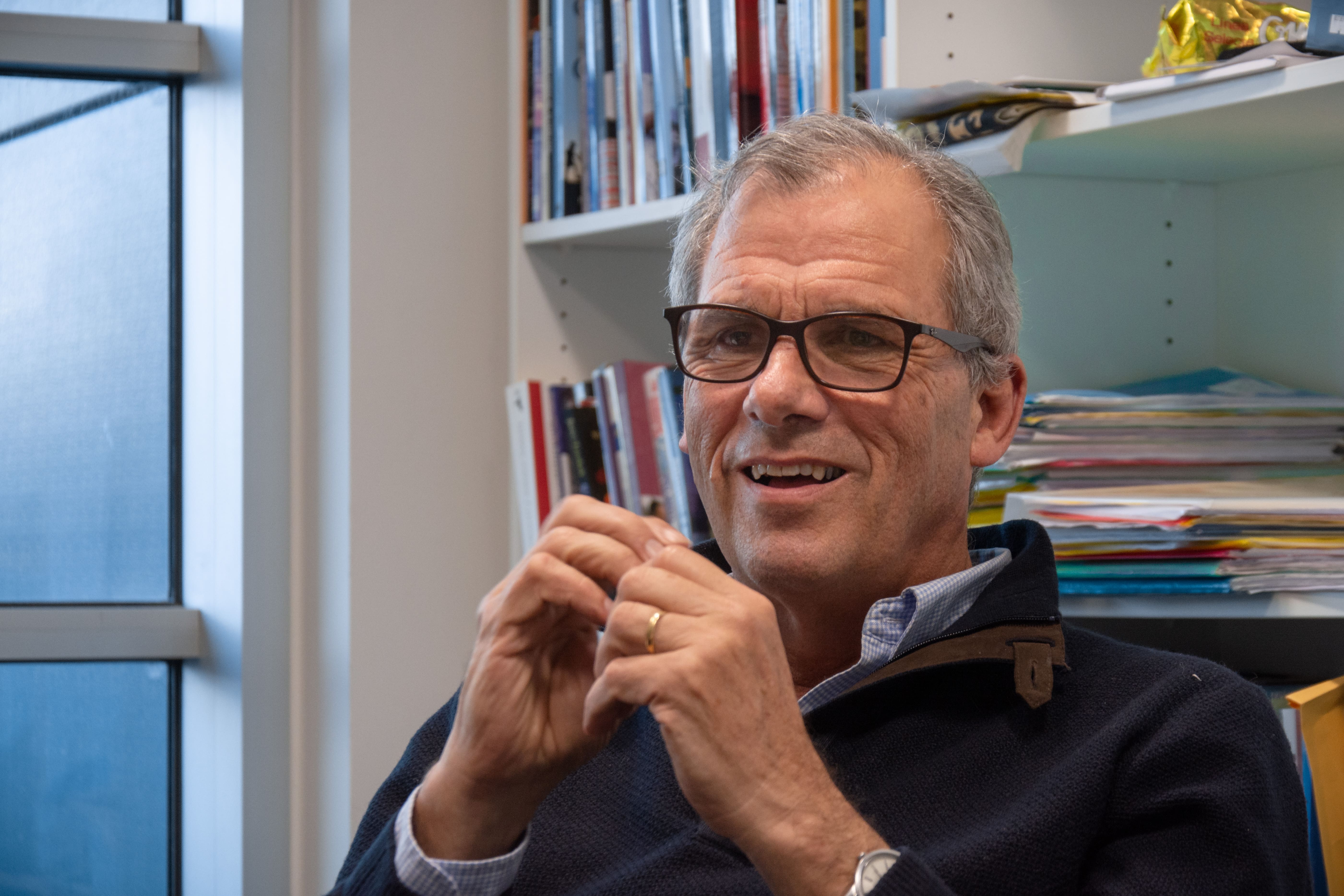 Literally 70,000 people appeared in the refugee camp in 3 weeks. There were enormously high death rates - we had huge problems with meningitis, malaria and cholera epidemic all underpinned by severe malnutrition. These people had walked for three or four weeks under the cover of darkness to get over the border to avoid the daily bombing.” (Gedaref, Sudan)

As a doctor you get this amazingly privileged entree into people’s houses. You know, you’re sitting there in a refugee camp and you’re in the house and people are making coffee for you. If you have ever been in Ethiopia where they roast the coffee and grind it and do it in the home - all these wonderful sorts of ceremonies. I also remember we played soccer in 44 degree heat in the refugee camp. In fact there’s the photo up there. (Points to the photo on the shelf) This is me. And that’s our soccer team.

We finished in Alice Springs and then we moved back to Melbourne when HIV and AIDS were the big issues. I got a job in the Victorian Health Department where I really had to make the decision: Do I continue clinical work, or do I move into public health full time? That was a big decision…I had spent a decade learning about clinical medicine - do I give that away? I found that quite hard. But literally, my brain wasn’t big enough to hold all the stuff you need to know for clinical medicine at the same time as all the stuff you need for public health.

Two-thirds of the people who follow their advice will die 10 years prematurely from it. I mean, they’re peddling poison and making huge profits from it. I just don’t think that’s right. There are fewer low forms of life than the tobacco companies. Seriously, they are absolutely amoral. Their products kill people. And that really infuriates me.

Realise what strengths and gifts we might have…it can be quite dangerous to base your happiness on how you compare to everyone else on Instagram or Facebook.