Rinaldo Bellomo
One of the world's most influential scientific minds 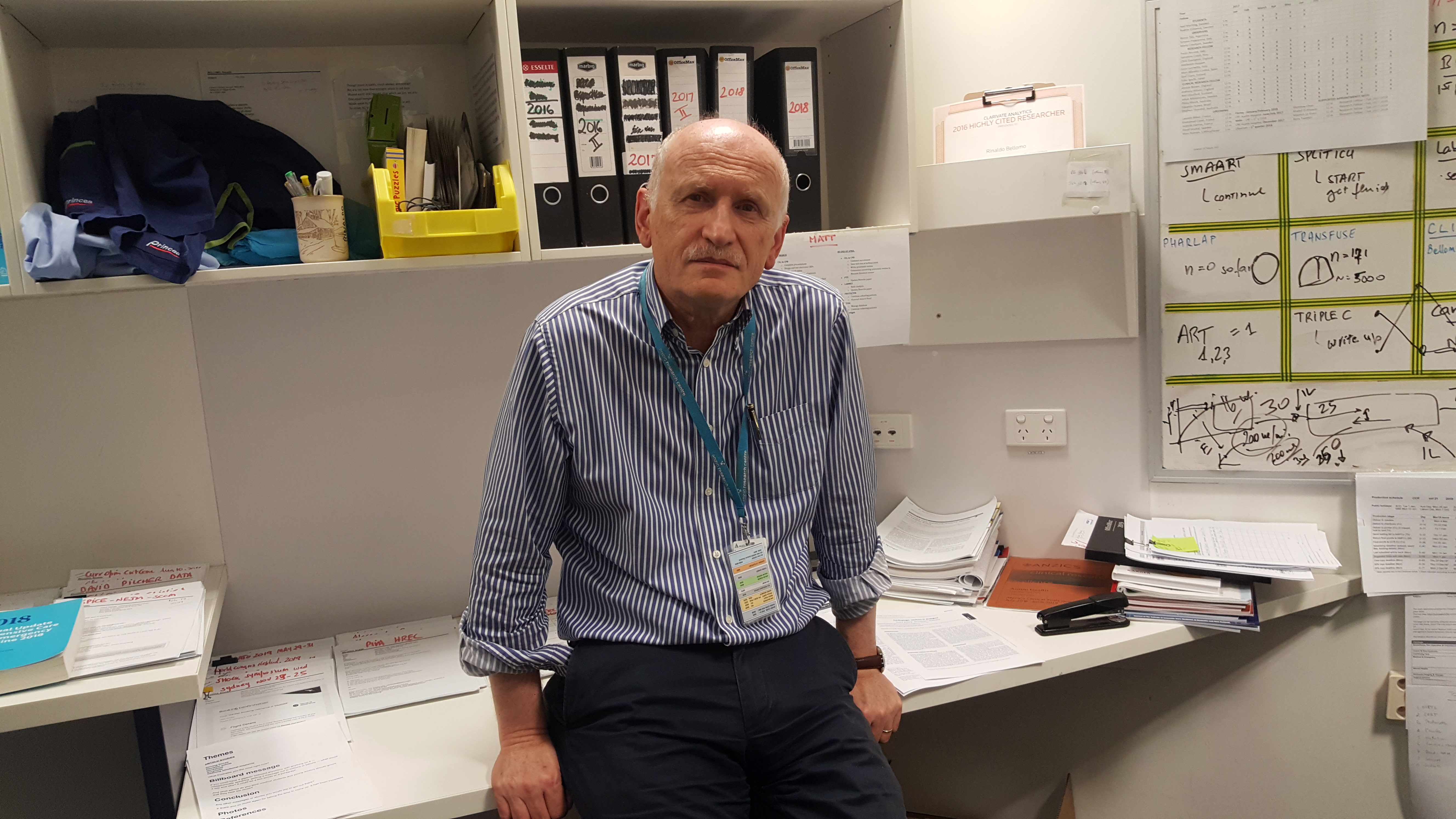 MEDICINE IN THE 1980’s: A DIFFERENT WORLD

When I graduated the only CT scanning that was available was brain CT. There was no body CT scanning. MRI did not exist. Abdomen ultrasound had just been introduced. Invasive radiology essentially didn't exist. There was no internet. There were no mobile telephones.

Of course the way people lived life and practiced medicine back then was different. When you started working as an intern, you pretty much lived in the hospital. You had 100 working hours a week. You looked forward to being a second year resident where you ‘only’ worked 80 hours a week. Hospital residents were really hospital residents, in the sense that they actually resided in the hospital. I still remember my room with a bed and wardrobe located on the 11th floor of the hospital. I’m not sure if life was better or worse than it is now, it was just different.

That’s how one developed their professional understanding - just spend a lot of time in the hospital. It’s like being in the army in a sense. It occupied your entire life. You had lots of resident friends who you were stuck in the hospital with the whole weekend. You accumulated a lot of clinical experience very quickly because there was so much exposure. It was also stressful because you were basically deprived of all private life. That was tough for a lot of people. There was a lot of fatigue because you would be called at night and then the next morning it would start again.

For many people in medicine, medicine is the most interesting thing that they do on a given day. Many become absorbed by the profession because it is so much more interesting than anything else they could do outside of it. For example what I do in my daily professional life in terms of looking after critical care patients and doing research is so much more interesting than just about anything else I could do. I often say to my wife: ‘well, what would I do? Watch TV or play golf or something?’ They all seem incredibly mundane and much less fulfilling and interesting and meaningful, to me at least.

I always liked the concept of trying to find out what's going on. It started very early in medical school in my 5th year. I used to go and do animal experiments in the evening in a model of glomerulonephritis with a very good mentor, Stephen Holdsworth.

I've always been a person who questions what is accepted as the given truth at the time. I always ask: are you really sure about that? How do we really know this? How good is the evidence? How solid is it? Is it open to challenging? If it is open to challenge, how could we push the boundaries a little bit more to understand things more?

Over the years, that thinking begets work and publications and projects and funding. It become an avalanche if you will; a snowball that gets bigger and bigger because it draws more resources. It achieves more, is recognised more, is supported more and then spreads out to have research fellows and young registrars and trainees come from all over the world. You increase the reach of what you do because you become the leader of a team, and the team can do so much more than the individual.

TREADING ON THE TOES OF CORPORATE INTERESTS

It's a very difficult world when you're interacting with companies that are involved with products or interventions that have profit attached to them. It can get pretty heated. We have certainly had a very dramatic experience with our trial of artificial colloid starch, which remains a product sold by a very powerful company. The results of our trial did not support its use: That led to a lot of acrimonious exchanges, accusations and personal attacks. It was pretty tough. It continues to a slightly lesser extent now compared to four or five years. It has however continued to be an issue and that’s unfortunate. It does happen, and we will not be the only ones. If there is a large amount of money on the table, people will make decisions that others will not feel are desirable for patients’ health.

“My door is always open. People can walk in and out as they please. The cleaners call me by my first name. You don’t act in a particular way that suggests to people that you think you’re important. You show that you’re just a person like everyone else, and you share jokes and laughs with people. I always say to people, at a cosmic level, we’re all insignificant. We’re all just specks of dusts. A speck of dust puffing up in front of other specks of dust? That looks pretty stupid.

Professor Rinaldo Bellomo was recently named one of the world's most influential scientific minds of our time, and it wouldn't be inaccurate to call him one of the modern godfathers of intensive care medicine. He's written more than 1,100 PubMed cited papers and 152 book chapters. Over the span of his career he has attracted more than $35 million in research funding. Currently he’s the Director of Intensive Care Research at the Austin Hospital, among many other illustrious posts.