RAFFY HALIM
“Do things in series, not in parallel” 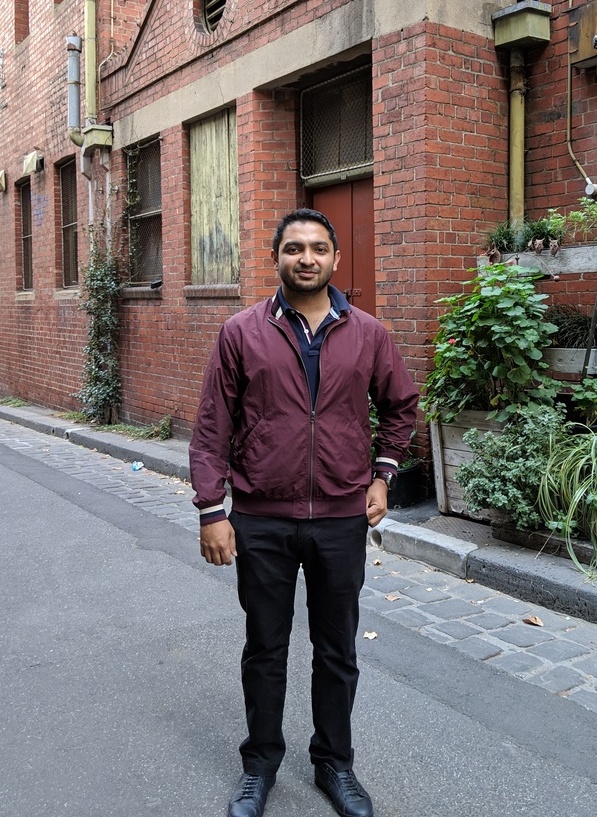 Raffy Halim is a specialist anesthetist based at Western Health and a multimedia editor for the Journal of Mobile Technology in Medicine (JMTM). Apart from medicine, photography, web developing, and technology are a few interests that take up his time.

Around the time I was in high school, there were a couple of amazing websites that did cool stuff with flash and that’s what got me into it. I tried taking pictures and then using them to come up with web designs. It stayed a hobby of mine on the side, until sometime around medical school, someone showed me a DSLR camera. I played around with the settings and it took on from there.

Because of this background, a lot of my non-clinical time now is spent taking photos, filming and creating VR content for the anaesthesia department, like staff portraits and VR simulations. (See https://youtu.be/-mcuoafxh5c for an example).

Initially I wanted to be a cardiologist, but I quickly realised that I wasn’t cut out to be a physician because I didn’t enjoy ward rounds or clinics. Back then, as a student, we didn’t get proper exposure to anaesthetics, so I travelled to Malaysia. I remember sitting down in the tea room with 3 consultants and then suddenly, the emergency buzzer went off, so they ran over to the patient who was a neonate. They were so slick; one handled the airways, the other got a drip in, and the third one was doing something else. Five minutes later, the baby was fine and they went back to the tea room and carried on with the conversation that they were having. It seemed like there was a break in reality where they paused to do something cool, then carried on. That was the day I decided I wanted to be an anaesthetist.

THE BEGINNING OF THE JOURNAL OF MOBILE TECHNOLOGY IN MEDICINE

One of my good friends, Chandra, was having trouble submitting to journals. Him and another friend, Rahul, started thinking why don’t we start our own journal for health and tech since we liked both. Then 5-6 of us had dinner together and decided to give it a go and we did. It’s now been 6 years!

MEDICAL EXPERIENCES THAT STAND OUT ‍

Internship was an interesting experience. I was in Bairnsdale, and being a keen intern, I showed up to ED early before orientation had started. They told me to try picking up a patient just to get used to the paperwork since I was new. So I went to see a patient who had abdominal pain and was nauseated. I couldn’t even remember the names of maxolon and ondansetron. I remember telling the nurse to give the drug that sounded like a transformer robot, so she said, ondansetron? I was like yes! Then that didn’t work, so I told her to give her its arch nemesis, meaning maxolon. As I figured out the dose, the patient arrested and died. That was the beginning of my medical career. There was dead silence for the rest of the orientation. By the end of the day, I was getting texts from unknown numbers in Swan Hill asking me if I was okay, and I was like, “who are you?”.

A MESSAGE TO MEDICAL STUDENTS AND JUNIOR DOCTORS

One of the benefits of medicine is that you don’t ever get an existential crisis about whether or not what you're doing is worthwhile. You’re always helping people, although we undersell that element now. You should keep in mind that what you’re doing has real human benefit, otherwise it’s easy to get jaded with exams and tough rotations when they happen. The other thing I would recommend is to try and not let medicine be everything in your life. There was a TED talk that explained how this generation was not expected to have just one career for their entire life. You change about 6 times, but instead of doing them all at the same time, do them in series, not in parallel. Keep that in mind especially when you start to get more opportunities later in your career, you’ll want to do them all but it’s ok to pick just one.

I’d say remember that you’re mortal. It might be the opposite of what I was saying earlier, but don’t procrastinate. There’s a balance between being too relaxed and too intense, and you should always try to have a middle ground. The other thing is that we forget is that time is limited, so not only go do stuff, but also appreciate the little moments, whether that’s coffee, your family or friends. Remember that these things won’t always last and that you won’t always be around. Also, in the cosmic scale of things, none of what you’re doing is epically important, so don’t take yourself too seriously!