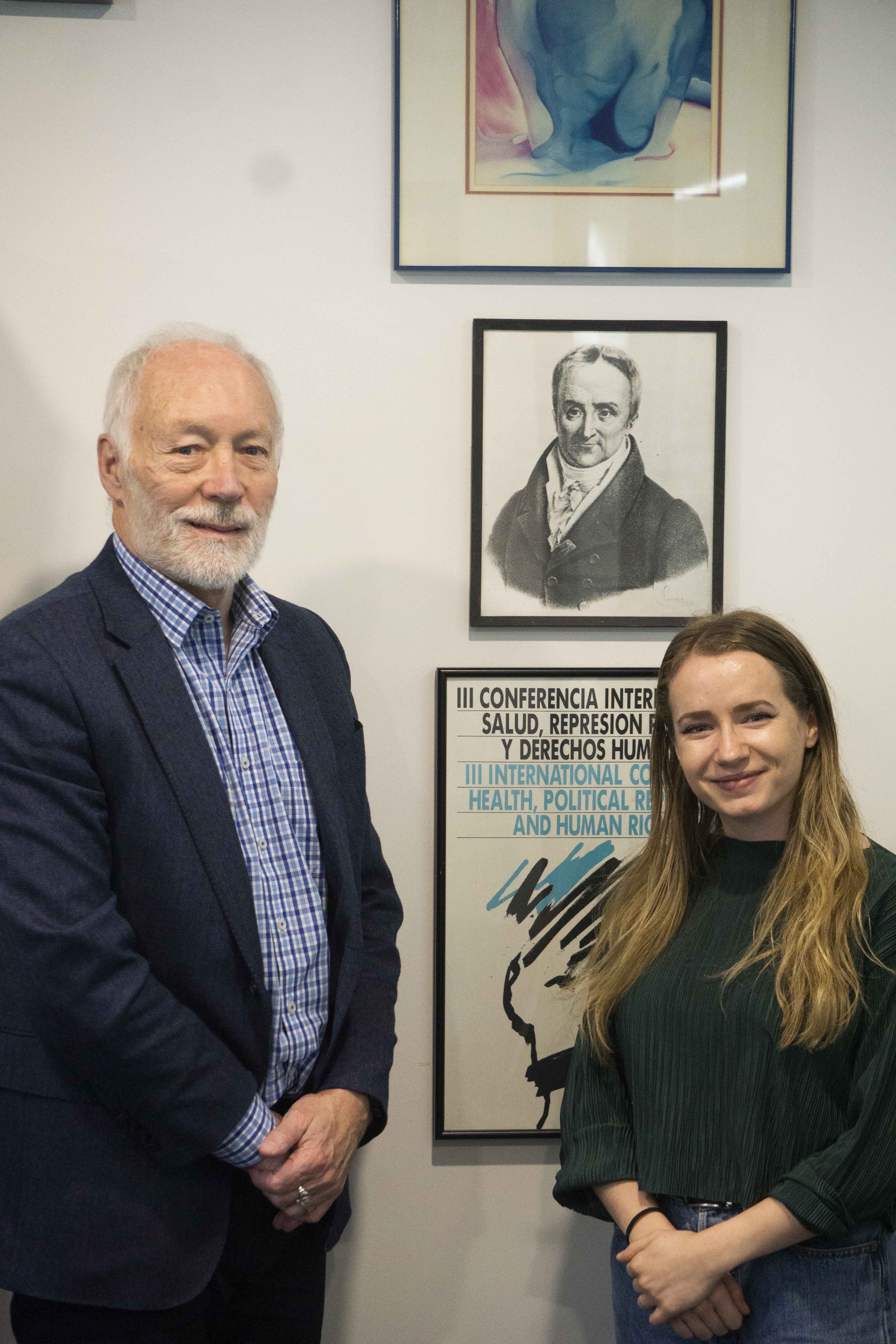 Professor Patrick McGorry is a clinician, researcher, public health reformer and youth mental health advocate. He is the executive director for ORYGEN, the founding director for National Youth Mental Health Foundation (headspace) and a professor of youth mental health. Despite his various roles locally and internationally, he still practices psychiatry every week, meeting young patients at high risk of psychosis.

If you ever wondered the origins of Orygen, his lifelong passion in reforming mental health policies, current cutting-edge research in psychiatry or his advice for young doctors to advance their careers, go check out Eternal Possibilities Facebook and blog on the link!

Are there any common misconceptions regarding youth mental health? ‍

The whole idea on teenage angst and that young people should just suck it up. Not taking youth mental health seriously is risky. If you don’t, people die. They die of problems and illnesses that are not terminal illnesses. Why should you die of something that's not a terminal illness at the age of 17 or 21?‍

What do you think is the best treatment option for patients and where are the current treatment trends like? ‍

We've got effective treatments, and they're probably as effective as the treatments in other non-communicable diseases. They're not perfect and they don't work for everybody. Probably personalizing it is important, for example with cancer treatment, usually it is done on a biological basis and subtype people or stage people. Currently, there's a lot of research going on staging mental disorders like cancer. For example, the health practitioner can consider trans magnetic stimulation (TMS) at stage four whereas they can think about support and education at stage on and cognitive behavourial therapy (CBT) and antidepressants at stage three.  You can tailor treatment in mental health because every human being has had a different life and can personalize it around that person's life experience. Also, If you develop a positive therapeutic relationship that explains 60% of the benefit.. That whole expertise has got to be respected more. There's a lot more skill involved in helping people recover from particularly serious mental illness which is not really funded or respected.‍

Do you think there is a problem with the current way of how we classify mental illnesses? ‍

In my experience in working with young people I struggled to apply these terms to young people in the early stages of illnesses. Its why I came up with the staging idea. Because it allows you to have more flexible symptom clusters if you like in the early stages. Which don't have to be shoehorned into a category like depression or schizophrenia and there is a need for care when people have just got symptoms even before they've got the whole syndrome of some sort. A lot of people come to Headspace and I see there, they don't ask about what their diagnosis is. They just want help.

‍What are some of the main challenges that remain translating research into practice?

‍That’s a great question, because this is a big problem in mental health. It about 14 years to get research it to the frontline of practice in mental health. None of that's true in areas like cancer. As soon as new cancer drugs develop, people can't wait to fund it to make it available. In mental health, even the things that we've discovered through research, are not available to people routinely. The vocational intervention program showed good evidence that it helps people recover but patients cannot access in most services. There's no funding stream to support that. A drug called clozapine, an antipsychotic, responds brilliantly to a third of patients but it has some risk as it may cause agranulocytosis. But if you monitor the white cell count on a regular basis, it's perfectly safe. The health system either can't be bothered or isn't resourced well enough to provide that extra time and care that's needed. So clozapine is not offered to patients or given later in treatment. Even when you go to the trouble of developing new models or new interventions, they're not funded or translated by government into the real world. Can you imagine if say two thirds of the people with breast cancer in Australia didn't get access to care? That's the situation with mental illness.‍

Do you have any rewarding experiences from patients as a doctor? ‍

This is one boy that I can think of. He was an epic patient about 10 years and he was a student at Melbourne University. He had mixed manic and psychotic symptoms, but he refused to receive treatment. When he realised that it was a major problem for him, he got adequate treatment and recovered well. He went back to university and became a doctor and he now works in IT. He could have ended up very bad, homeless and disabled way if we hadn’t treated him effectively. There are heaps of people coming through Headspace with sub type psychosis that recovered better from having identified earlier and did developed into a major psychotic illness. If they have a long going vulnerability like people have with asthma, they can manage it and still have a good life. The problem is, after a couple of years, we must discharge these patients back to the standard mental health system where they last for about five minutes and send back to the GP and they deteriorate. It's like we put all this effort to getting people well, and there's no effort made to keep them well. Despite all of this positivity I've been trying to convey, the reality particularly for more serious mental illness is terrible‍

How do you advise students moving forward into their clinical careers, who see areas that need reform and awareness and better treatments to make tangible differences in the same way that you have?

‍I guess a lot of people study medicine because they want to out of a humanitarian impulse. How do you find out the outlet for that altruism? You could find it anywhere really. It depends on how important making a big difference or trying to make a big difference is to you. Not everyone's the same.

It's in every area there's a huge opportunity and need waiting for you if you want to go down that track if you're not obsessed by money or status and these sort of things. If you do good work, all those things take care of themselves or they don't matter. I've got status amazingly enough just by hanging around for a long time and doing stuff. I never … That wasn't my goal. Also, you can't do anything just by yourself and need to be able to find likeminded people to work with a random mission. Then everything else takes care of itself anyway and you can be quite happy.‍

How do you balance all your work and various roles? ‍

I could probably be a bit more organized, but I just probably go with the flow a bit. I make sure that I keep seeing patients. I enjoy it and it's the best part of the week. With research, I start off with one. Just now we've got a couple of hundred research staff here now. I don't have to do everything. I still write grants but not all the time. I suppose the political advocacy side has been important in the last 10 years or so. I've got a diversified role. That's so lucky to have that not doing the same thing every day, to turn up for work and you have no idea what you're doing each day. It could be completely different. Yesterday we had the new shadow health minister for three hours, and the assistant mental health shadow. Then today we're doing a media interview. Then tomorrow, we've got the secretary of the health department coming down. Then we've got research meetings in London at the Lancet Commission on youth mental health that we are working. I get to write papers or read papers too. I would have got bored I think if I had just done thing every day