MURRAY ESLER
THE VIRTUES OF BEING A FREE THINKER 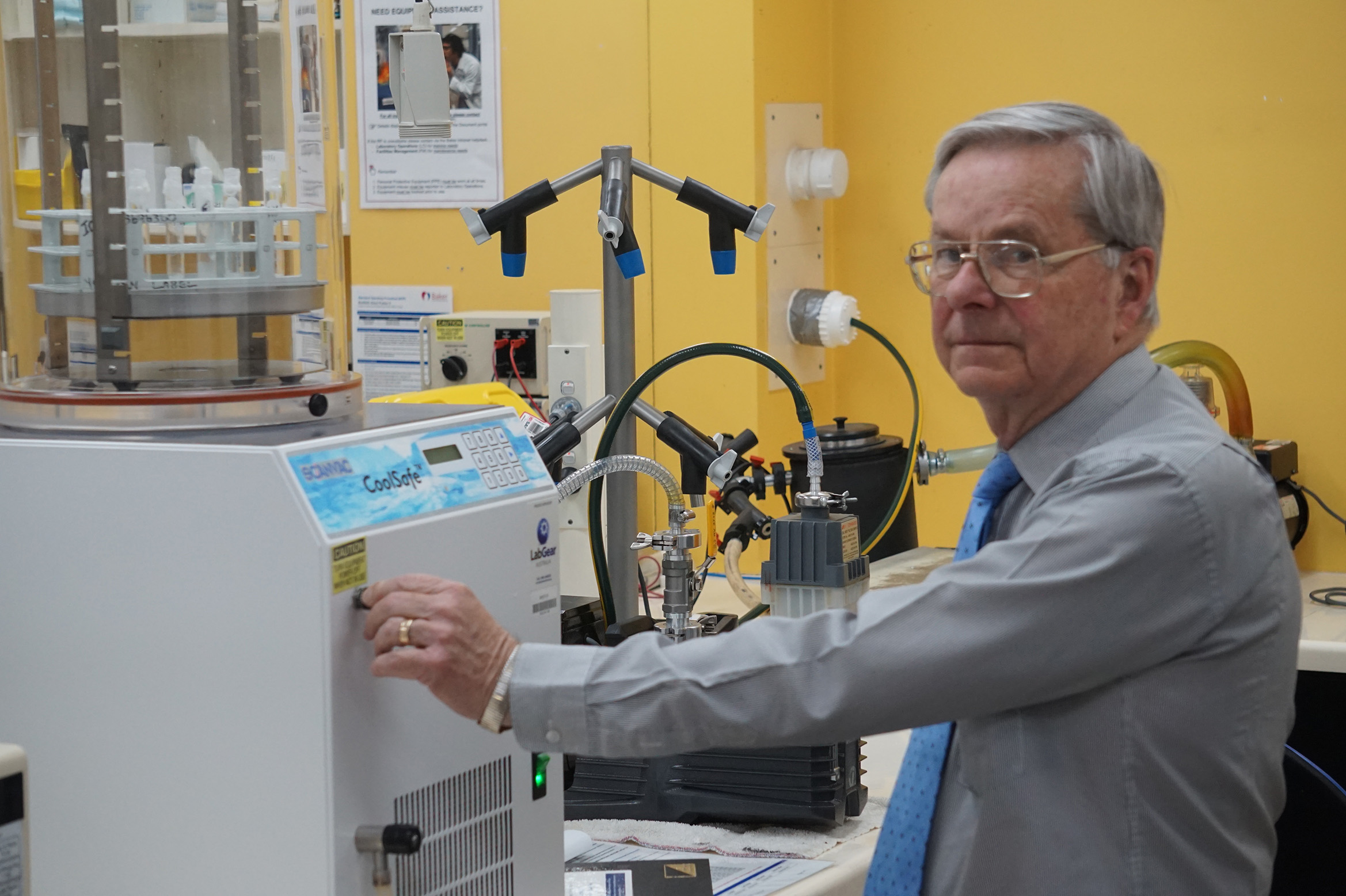 Professor Murray Esler is the Professor of Medicine at the Baker IDI Heart and Diabetes Institute that sits right next to the Alfred Hospital in Melbourne, Victoria. He is an eminent clinical cardiologist and medical researcher - his research was pivotal to the development of a now internationally accepted therapy for drug-resistant hypertension - Renal Sympathetic Denervation. Throughout an acclaimed clinician-researcher career spanning decades, Professor Esler has achieved numerous prestigious awards including Membership of the Order of Australia and has attained sizeable leaps in our scientific understanding of the brain-heart connection, heart failure and hypertension.

HOW I BECAME A CARDIOVASCULAR CLINICIAN-RESEARCHER

I first became interested in medicine when I was a little boy. I had whooping cough and in those days you were confined to bed for weeks. I was in bed for six weeks and the GP who treated me was a saintly white-haired man who I grew to love. I decided that my dream was to be a doctor just like him.

I trained in medicine as an undergraduate at the University of Melbourne. I was particularly interested in the scientific aspects of the course, and an opportunity came to do research for a year. It just so happened that I was exposed to research in cardiovascular medicine. I found that I liked it and subsequently pursued it.

After two years of clinical training I did a PhD at the ANU in cardiovascular neuroscience. This was almost 50 years ago: the methods were primitive but it involved looking at how the brain and how it influenced high blood pressure. That PhD really got me wedded to cardiovascular medicine. After that I was stationed for four years in a department of hypertension and cardiology in Michigan, USA where I finished my training as a clinical postdoctorate.

The most challenging phase of my career was when I had just started my postdoctorate training in North America. I learned within a few weeks that my boss was going on sabbatical and that I would be running the research program for a year in his place. I was thrown into the deep end and had to survive. This took me to the verge of panic disorder but I recovered. Looking back, I got the opportunity to devise and manage a research program; an opportunity that I may not have had if the boss had been home.

When the boss - Professor Stevo Julius - returned home he helped me complete my research program and get it published in the New English Journal of Medicine. He is now 90 and a venerated figure internationally in hypertension research. We get on well to this day and he has been an invaluable mentor to me throughout my career. In fact just this year we just recently published a joint research paper together with my doctor daughter.

He taught me that you have to follow your own dream in science. In medical science there is a tremendous amount of groupthink and trends which are usually unproductive and turn out to be empty science within a few years. My boss followed his own dream and he certainly displayed the virtues of his approach. At the personal level he was a very civilised and compassionate man who treated everyone well. A key professional characteristic he had was that he was extremely honest and tried his best to eliminate his preconceptions and prejudices when it came to his scientific work.

HOW I DIDN’T PLAN MY CAREER

My career decisions were often pretty haphazard and ultimately lucky. Some people have a well-planned path and know exactly what individual milestones they have to achieve. As a young doctor I knew I wanted to do heart and brain research and held vague aspirations to do interesting and worthy things.

However getting invited to work in Michigan was a great stroke of luck. They approached me; I didn’t approach them. After my four years in the US, I was invited to come to the Baker Institute. The then-director Professor Paul Korner was making it into a heart research institute. He sought me out and that was a lucky break to come to such a good place, which for 40 years has been one of the best places in the world for heart research.

I was also lucky in my choice of wife Rosemary, she’s a psychiatrist which as you can imagine helps with my mental game and my mind-heart research. She has always been 100% encouraging. That was also a stroke of luck rather than being planned.

When I look over the years, my colleagues have all had differing motivations. Not many are still doing medical science at 76 as I am. I’ve seen many friends and colleagues become Deans of Medicine and healthcare administrators, all of which are worthy pursuits. For me my core fascination is with the mysteries of human biology, health and disease and trying to solve those puzzles to develop better treatments.

1️⃣ Use your own eyes and ears and be a free thinker. A lot of ‘knowledge’ in the world is groupthink and fashion, and it doesn’t help you distinguish yourself in the long run. Of course that’s difficult when you’re an undergraduate since certain set answers are expected of you.

2️⃣ Choosing your discipline within medicine is extremely important for your personal job satisfaction. There are many different ways of being a doctor. You can be a public health administration or you can be a cardiac surgeon who does transplants. Peoples’ temperament tends to make them better at one or the other. For example my daughter has just got a job to return to indigenous healthcare up in Darwin. She was a public health physician and has been working in Melbourne, but the call of the tropics and indigenous health has dragged her back.

3️⃣ Be selfless when you’re dealing with patients. Do your very best for them and go the extra mile.