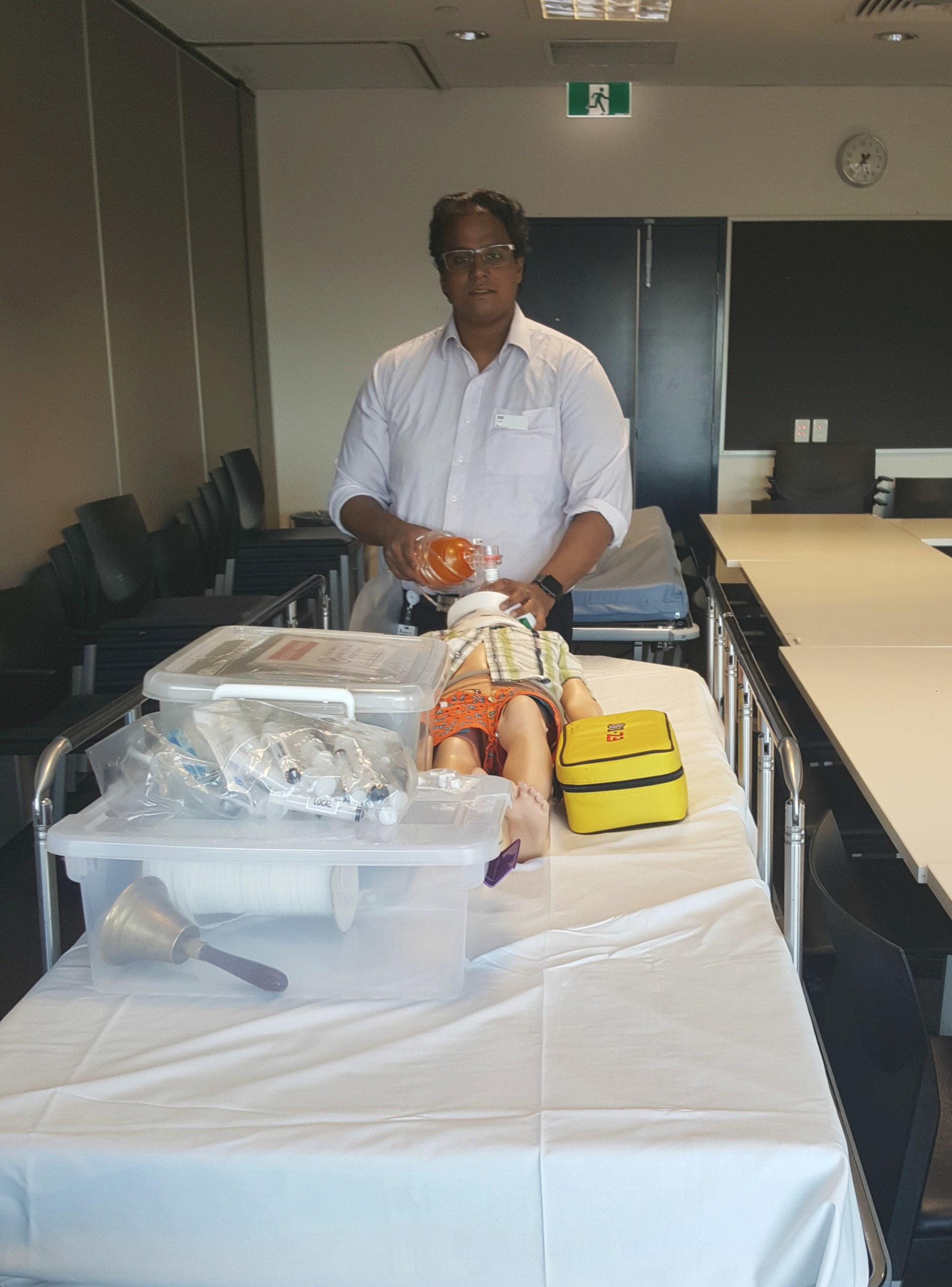 I did a placement in Epping with a GP called David Andrews as a third year medical student. I really liked him as a person and his style. He represented the family doctor I wanted to be, solving all different sorts of problems for people from all different walks of life.

When I was in medical school 50% of GP training places were unfilled so I became really driven to get general practice back on the map. I put together this movement which was initially unfunded but ended up being a government submission. So I’d spend the day at medical school and then the night working until 2AM putting stuff together. I’d sleep for a couple of hours and go back to medical school, which I wouldn’t recommend because I used to fall asleep in my afternoon tutes all the time.

Ironically I got to a point where I realised I didn’t want to do general practice myself. GPSN ended up being very successful: nowadays 50% of GP training places are oversubscribed so the mission was accomplished. But once I had achieved what I originally set out to do - to get people talking about general practice again, and get a good idea running - the idea of being a GP lost its appeal to me.

AFTER I STARTED ADDRESSING MY ANXIETY; THAT’S WHEN I TRULY STARTED LIVING

I used to have lots of trouble sleeping. I would put it down to coffee because I would sit there perseverating, my mind racing and unable to focus.

At one point I fell in love with the idea of neurosurgery. I’d read all these books written by neurosurgeons about their life and thought ‘it will be hard but it’ll be worth doing.’ The truth was that I was pursuing neurosurgery because it was a very convenient way to ignore the rest of my life. I was using it to escape issues with anxiety and difficulties I had in dating because I was anxious.

I was dating someone and it just fell apart because I think they wanted something a bit more casual and I was just really intense. I fell into a downwards spiral; I got to a point where I called Lifeline 6 or 7 times a day just to talk to someone. I was fixated on thoughts like ‘What am I doing wrong? I’m a doctor. I’m not aggressive. I try to be lovely to everyone. Like what am I doing wrong?’ And then one of the guys at Lifeline said “Look you’re just really anxious. I think you should talk to someone about your anxiety.

At that point I felt really ashamed as a doctor. How could a doctor get to this point? Ironically anxiety is super-represented in doctors and more so in emergency physicians. So I wasn’t doing anything that was abnormal at all.

I went to the Victorian Doctors Health Program (VDHP) and I sat with a lady who was originally an anaesthetist. It was the first time I felt like I was getting control over things.”

However it took years to admit I had anxiety and the extent to which anxiety controlled my life. But truly, I think I’ve lived more in the last seven or eight years than I have in the previous 27 years.

WHEN I GOT TO EMERGENCY I FINALLY FELT ‘THIS IS THE RIGHT CHOICE FOR ME, THIS IS MEANT TO BE.’

I came to emergency medicine (After crossing off GP and surgery) when I was pretty down but I found that I liked having a different problem each time, I liked learning procedures because that’s what attracted me to surgery, and I liked chatting to people. While we were in a tea room, Simon Judkins (the current president of the Australasian College for Emergency Medicine) asked me “Have you thought about applying for ED?"

That discussion with Simon was the start of my long love for ED. I was enjoying reconnecting with people and it ended up being one of those things that motivated me to tackle my anxiety. One of the things I love about ED is that it’s very horizontal: the doctors, nurses, allied health and non-clinical people just work together. There’s no hierarchy. There’s no professor so-and-so. We just all work together. Years later I’m an ED consultant.

In his final year of medical school, Dr. Joe Rotella founded the General Practice Students’ Network (GPSN). GPSN has since grown into a national network of 20 clubs across Australian medical schools. He is currently a passionate ED consultant and toxicologist, and celebrated teacher at the Melbourne Medical School having achieved the Austin Clinical Teaching Award two years running.