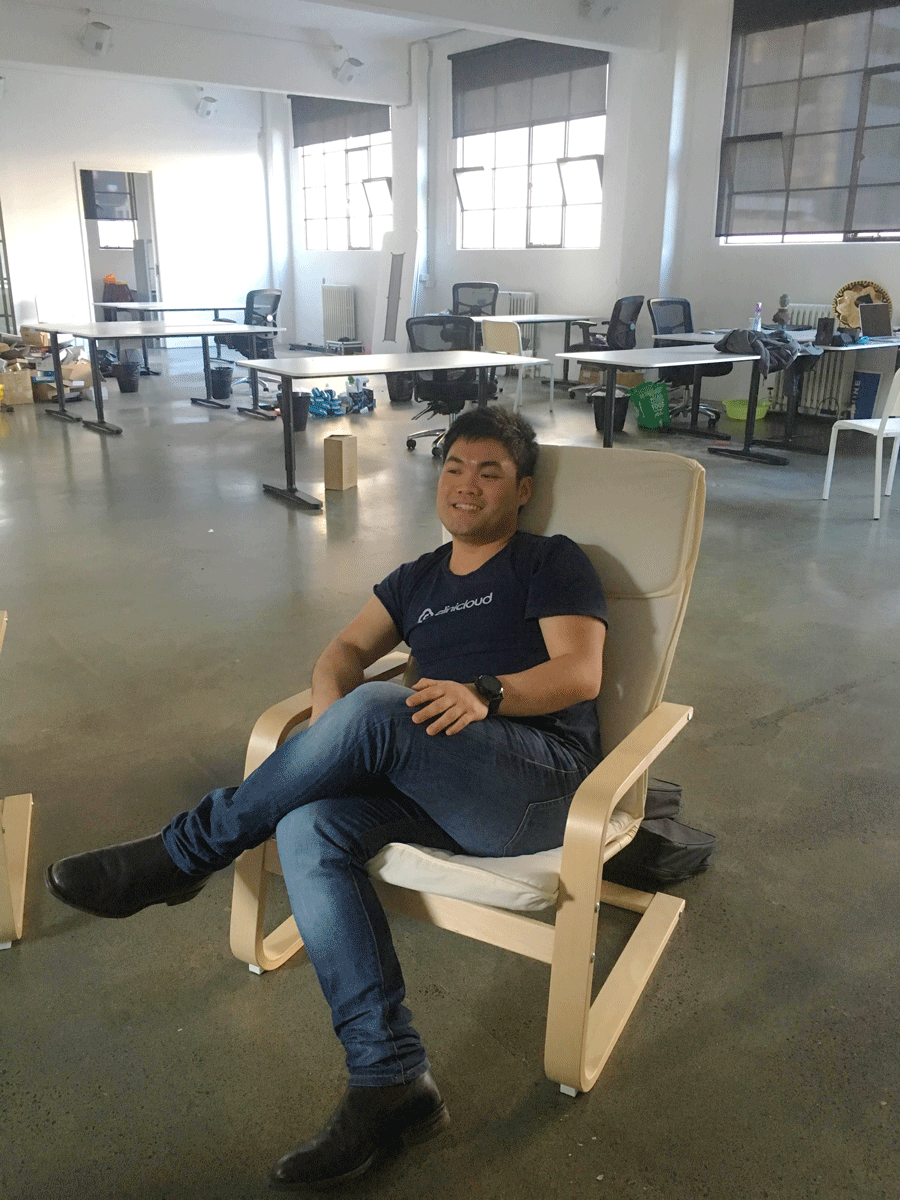 I’ve always been interested in tech. When I was a kid I used to take my PC apart and put it back again to understand how it worked. I loved to game but was a poor student, so I was forced to learn how to mod my PC to play good games. That led me down the path and I started programming in school.

My first year of medical school Steve Jobs gets up on stage and unveils the iPhone. Being a complete tech geek I knew that this was going to change the world. I needed to have one in my hands and it so happened that my brother's friend was working in New York at the time and was able to FedEx two units over to Australia. Now at the time there were a lot of people who also had iPhones but weren’t able to use them in Australia, so I decided to work on custom software to make Apps available in Australia. I ended up mucking around a lot with mobile app development during medical school.

STETHOCLOUD - THE DIGITAL STETHOSCOPE THAT WAS FUNDED FOR US$5M

I was sitting in a pediatric public health lecture and they were talking about pneumonia being one of the single largest killers of children under the age of five. I went to a professor I knew - Professor Jim Black who was a Professor of Public Health but also had a great interest in health informatics. I said ‘Jim, how about we try to solve this problem of childhood pneumonia.’ He informed me that one of the biggest challenges with childhood pneumonia was misdiagnosis because pneumonia is actually really easy to treat once detected.

One of the problems with childhood pneumonia diagnosis is breath rate counting - it’s typically really poorly done. So we thought wouldn’t it be interesting if we could come up with something that could objectively measure respiratory rate without the need for a pulse oximeter and all these fancy gizmos. We said ‘well we listen to breath with a stethoscope, why don’t we come up with a digital stethoscope so we could record it and write some software to count the number of breaths.

In my internship I would stack four, maybe even ten workdays in a row so I would have four or five days off. In those days off I would go to Inspire9 and York Butter Factory and these co-working spaces and code together with some of my earliest collaborators. Whatever free time I had when I was working as an intern, I would spend writing code, building software and building hardware prototypes. Come to think of it, I can’t believe I actually did that and I wouldn’t do it again.

Our device was being used in a study at the Royal Children’s Hospital and one of the research nurses said ‘you know Hon, I’ve had numerous inquiries from parents about this device asking how much does this cost and where do I buy this from?’ At that point mobile health was just taking off, so Andrew and I thought, hey maybe there’s something into this. So we took a trip to Silicon valley and pitched our ideas to different people there. We didn’t hear anything back, it was always ‘oh not really, but come back later’. We came back to Australia a little bit dejected, but we ended up getting one phone call and they said ‘we love what you’re doing, can you come back and do a pitch’. So we flew back up, did the pitch, and they liked the idea so much they shook on the deal. That was TenCent, and that was how we raised our first big money.

YOU LEARN THE MOST BY LOOKING AFTER THE SICKEST PATIENT 🤢

My favourite moment in medical school was when I was doing my neonatology elective with the Johns Hopkins … in Baltimore. I was immediately put in charge of a thirty-week premature baby. I wasn’t even a final year medical student then, and I was like ‘wait, you want me to to look after this!? I have no idea, I haven’t even done my paeds term.’ The attending responded ‘this is how you learn Hon, by looking after the sickest patient you learn the most. I wouldn’t give you the healthiest because you wouldn’t learn anything.

In his final year of medical school Dr. Hon Weng Chong invented StethoCloud - a digital stethoscope - with fellow Melbourne Medical School graduate Dr. Andrew Lin. They won $75,000 for StethoCloud in the Microsoft Imagine Cup, and after a few years of building the idea they quit their day jobs to pursue entrepreneurship full-time. CliniCloud has gone to secure US$5m in funding from major Chinese investors, and retail distribution in the US.