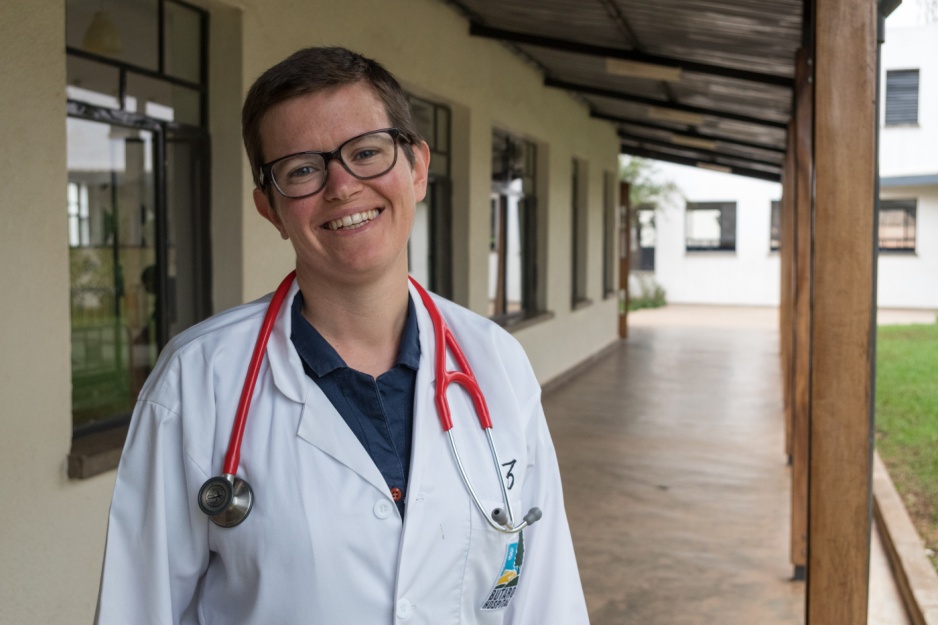 FROM PEACE AND CONFLICT STUDIES TO MEDICAL SCHOOL

I never intended to go to medical school. I did a Bachelor of Arts because I just really liked learning about things. One of the courses that I did in my second semester at uni was Introduction to Peace and Conflict Studies with this fantastic Swiss lecturer called Rowland Blackhead, who was just very inspiring and charismatic. We got to talk about genocide, war, politics, morality and all these issues. I found that super interesting and that was why I continued with that major. I wasn't really sure where I was going to go with it, but I was thinking of working for the Red Cross or something like that. But by the time I'd finished three years, I was getting a little disillusioned. I started thinking that maybe all these people and organisations with super high ideals weren't quite as perfect as they imagined.

So after my Bachelor of Arts I graduated and focused on writing, which I had been doing since my late teens. Later on I had a year where I had massive health problems which amazingly, I completely recovered from. Until that point, I had never really thought about medicine and how well it worked. I realised that these people actually cured others of their diseases and I then became obsessed with the idea of becoming a doctor, so I did the GAMSAT and went to medical school at UQ.

‍
THE SWITCH TO GLOBAL HEALTH: BRUNEI, BANGLADESH AND PNG

When I was in medical school, I did a term in Mount Isa and another one in Brunei. That was as close as I got to working with underserved communities. Then I did my internship in New Zealand and enrolled in James Cook University to do their Diploma of Tropical Medicine and Hygiene because that was something I was interested in. I went to Bangladesh with JCU and that was the first time that I had ever been to a poor country. While I was there a Lancet series about the Bangladesh public health miracle came out - I thought it was very impressive that they had achieved so much, given the incredible poverty they have. At the time I worked in the ED so you got to see a lot of social problems, but you didn’t get to make an impact at a broader level.

At the time, I started reading some essays and books by Paul Farmer who is a medical anthropologist and doctor. He co-founded Partners in Health, which is a global health organisation that I worked for not that long afterwards. What really inspired me in his books was his attitude about global health from a social justice perspective. He would talk about how these huge inequalities in healthcare were scandalous and that we should all be ashamed
of it and do something about it. Reading his work inspired me to become involved in global health.

Later, I got an opportunity through a friend to work in Papua New Guinea on MDR-TB, for which I had zero qualifications. The only reason I got that job was because I was in the right place at the right time, and I was willing to quit my other job to go there. I haven’t looked back since.

My experiences have been really great to be honest. I spent about 18 months in Rwanda working in pediatric oncology. It’s much worse than working with TB because patients get better but then they can relapse and die. Another place with an incredible program was Majuro, the capital of Marshall Islands. I worked with this project called TB + Leprosy Free Majuro. The capital has a population of about 27,000 people and we were able to screen 22,000 over the course of 15 weeks. We found 300 cases of active TB and leprosy, and treated 4,500 people with latent TB. It was a project where so many people collaborated, and had amazing leadership from the government and support from the community.

‍
THE LINK BETWEEN GLOBAL HEALTH AND SCIENCE FICTION

In global health, you get an opportunity to understand the context of the place you’re in and the work you’re doing. As a writer, I think a lot of science fiction and fantasy is about trying to understand the broader world, and how the environment and society interact over time with technology. This is surprisingly similar to the things that you see in global health, where there’s a lot of shocking contrast. I feel that science fiction would be the appropriate mode to write about it. For example, I remember when I was working in PNG, we lived on the islands where our patients were involved in subsistence farming. They caught fish, climbed coconut trees, and dug in the gardens. At the same time, we packaged their sputum samples and sent them to Brisbane to test the genetic strains of TB. It’s just such a crazy world.