Ginni Mansberg
Medicine on the TV 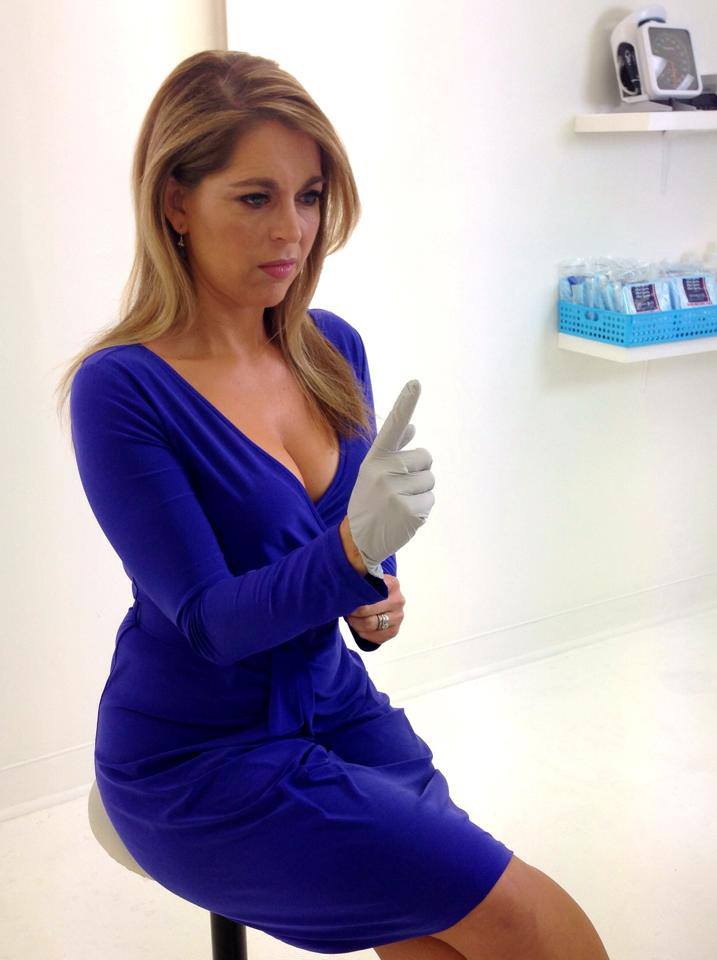 When I did my internship, I just knew that I was going to be an infectious diseases physician. I loved it. I think we all have a hero in our internship, somebody who we want to become. For me there was a guy - A/Prof Barry Gatus - he was literally like House. He went around solving problems and diagnosing obscure conditions. He diagnosed cerebral TB “They pick off the cranial nerves one-by-one” and I was like, “Man I want to be you”, which was awesome until I found out that I was pregnant. Then I looked around and I was pregnant yet again. Trying to work as a registrar with two little kids is really difficult.

The flexibility that general practice offered became really appealing. What I didn’t realise I would love so much about general practice is the variety. You’re never bored because you never know who’s coming in next. You could have an upper respiratory tract infection, but you could also have a geriatric patient with multiple comorbidities. They’re really interesting and exquisite problems to solve and get your head around. You get to utilise all the medical knowledge that you learned at medical school and make a huge difference in general practice.

Anything in which you give your patients bad news is really hard and it doesn’t get easier; in some ways, it gets harder. I’ve known a lot of my patients since before they met their husband and had children. Since I’ve known these people for so long, any bad news is quite heartbreaking. Cancer particularly, is really tough.

TRYING HER HAND AT JOURNALISM

As you guys all know, medicine is just full of stories. To be a doctor you need to be genuinely interested in their stories. You spend all day as a doctor hearing stories. The only difference with journalism is telling those stories in an authentic and meaningful way, in a way that touches other people.

The TV thing? the media thing? I totally fell into that unintentionally. Nothing has been overly planned in my life. I was a mum with little kids and in medicine you’ve got to be there on the ground to see patients. It you’re not there you can’t work and you don’t get paid. It can be difficult to be there when you’ve got little children and you’re trying to get daycare and babysitters. So I ended up doing a journalism degree because I thought I could do that from home. And I did: I wrote for Medical Observer and Australian Doctor. One thing led to another and I ended up with my first gig for Women’s Health Magazine. I happened to join them at around the time they got bought by 7 network. The Sunrise producers were looking for a girl doctor to talk about topics like breastfeeding so they went to Women’s Health Magazine and asked, “Do you have someone we can borrow?” I ended up filling in for the Channel 7 doctor whenever he was on holidays. As he was getting older and didn’t want to do it as much, I kind of got the whole gig to myself which was awesome!

I had never read the Financial Review, however one day I happened to open the Financial Review and I saw an ad looking for somebody with health and media experience. I thought, “I watch The West Wing, I know about politics. I’ve seen Joe Hockey on Sunrise, he seems lovely. It’s not my party but I could do that anyway.” And I just chucked my hat in the ring. Before I knew it, I was moving to Canberra.

The world of politics is really interesting, but I worked out that I totally did not belong there. People are incredibly partisan. There are a lot of haters in politics; they hate the other side and I found that really sad. When we were on this side of the building, you had to hate everybody on the other side and I didn’t want to hate anyone, so that didn’t work out for me.

If you have a desire to do good generally, politics is where you could do some of your best work as it influences policies and decision making. If you really care about the health and wellbeing of Australians, you really ought to consider going into politics and affect change through policy. Unless you’re a real ‘single issue’ person.

Dr. Ginni Mansberg is an absolute gun-of-a-woman. Alongside running her own GP clinic in the Southern suburbs of Sydney, she is a regular TV presenter on Channel 7 and Channel 9, as well as a prolific author, public speaker, podcaster and magazine columnist. She’s also launched her own skincare product label, ESK Care, and is a mother of six and lover of two dogs. To her patients, she is a lovely, down-to-earth family doctor.