Frank Gaillard
A Story of Procrastinating for Exams: Founding Radiopaedia 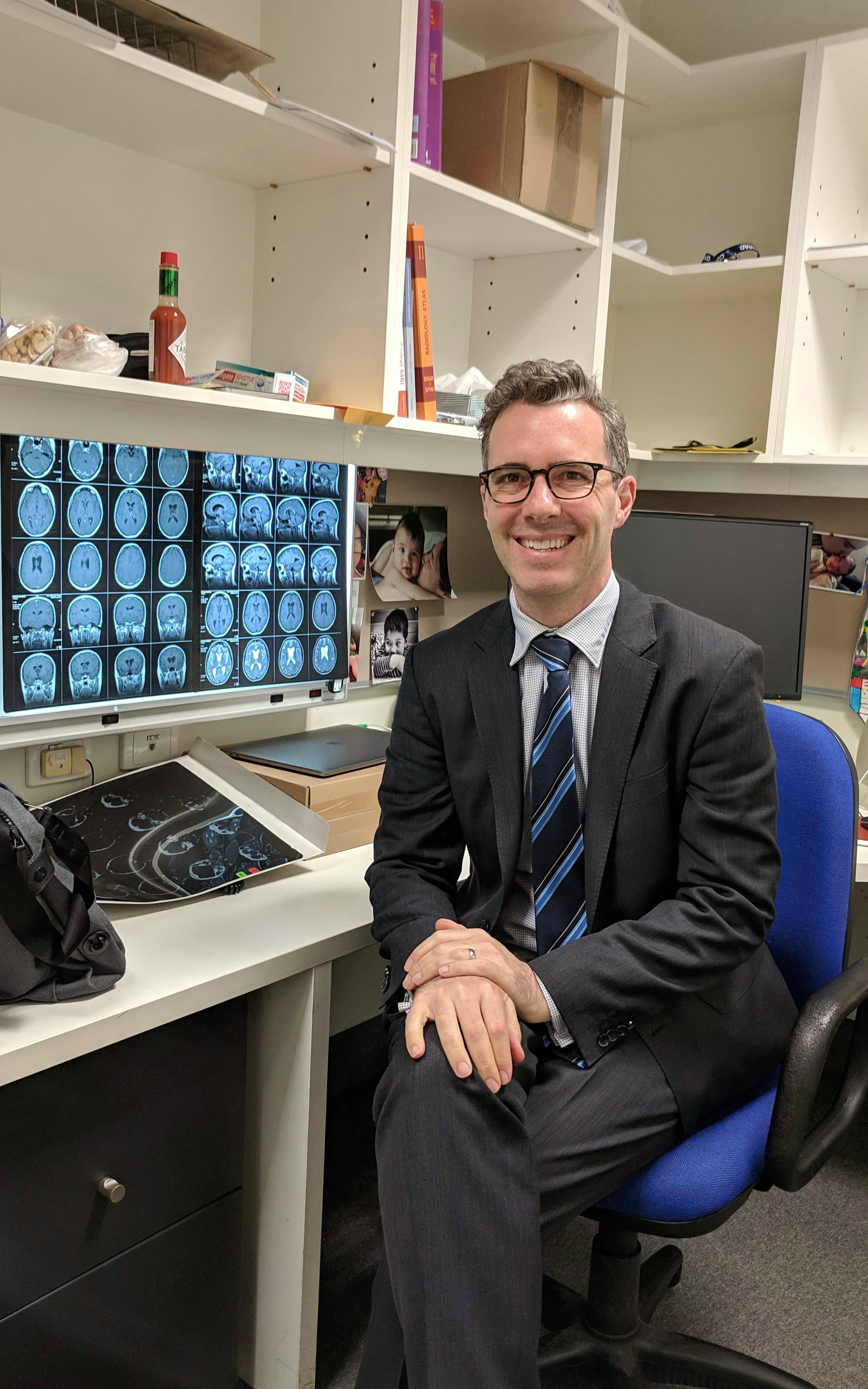 ALWAYS FINDING THINGS TO DO

When I was a kid I would pull all the books off the bookshelves in my room and decide that I wanted to organise them alphabetically or by subject or by some other method. I would only get halfway through putting them back together and usually I would end up with a greater mess than when I started. But it would kill hours.

I’ve started and taken on all kinds of things, whether it be trying to learn musical instruments on my own, programming, digital painting, or some kind of sport. I’ve never had a problem finding things that I’m interested in. The challenge is finishing them.

As I get older, the bigger problem is to stop my brain spinning around so many things so that I can focus on just the one thing. I’ve got a couple of young kids, eight and six. When I’m with them, the challenge is to really be with them, rather than to be thinking about the latest thing we’ve got at Radiopaedia or some research idea.

THE EVOLVING RELATIONSHIP BETWEEN FRANK AND RADIOPAEDIA

As Radiopaedia has become bigger, it has gone from being procrastination and a hobby to something that I can’t realistically walk away from. For the first five or even ten years, if I wanted to, I could have just said ‘Sorry guys, this is no longer fun’ and pull the plug. However I now have a responsibility to the thousands of contributors who have volunteered thousands of hours towards creating content, as well as to the thousands of people who rely on Radiopaedia on a daily basis not just to assist their study (as is the case in Australia, UK or the US), but to make clinical diagnoses in countries where they don’t have ready access to the information Radiopaedia provides them.

So now I can’t just switch it off. If I wanted to walk away from it I would have to ensure that there was a succession plan and that it kept going on after me. I have got no intention of walking away from it, but the case is that it has become more a job I like rather than a hobby.

The thing that's allowed me to keep going is that my role has changed dramatically: in the beginning I did the IT side (although I didn’t really code it), the design and the content. Now it has transitioned to being an administrative role as the CEO: working with developers and content creators, and thinking about the next phase of the site. It’s been something new at every stage, and I haven’t yet been able to get bored.

The most challenging times were when things were not financially sustainable. There were times in the first five or six years when we - myself and a couple of silent partners on the IT side - had to put in considerable funds just to pay the bills to keep it going. That was when it stopped being a hobby and had to be something that we thought there was enough of a future in that it was worth investing actual cash in it.

I’ve learned how important it is to understand the things that drive your contributors, colleagues and collaborators, and what they want to get out of a project. If you can understand the incentives that someone has and their point of view, you are much more likely to get them to collaborate effectively and make that experience positive for them. That lesson is hugely important in everything that you do.

Having now worked with literally thousands of contributors from around the globe, I have to appreciate that they all have different things they like to do and have different reasons for being involved with Radiopaedia. Understanding those and what the site means personally to them is a skill I apply daily with my registrars, colleagues and collaborators.

We're in a really good place right now in terms of a balance of contributors and a fantastic editorial group. We’re getting the revenue required to start doing more feature development. The area that I would love to develop over the next few years is giving people the ability to work through a large amount of material in a supported question and answer format in the way that Khan Academy does for maths.

Professor Frank Gaillard is the Founder, Editor-in-Chief and CEO of Radiopaedia - the world’s largest free compilation of comprehensive and up-to-date radiology articles, images and clinical cases. Frank began Radiopaedia while procrastinating for radiology exams in December 2005, and has grown it over the last 13 years to a colossal 32,000+ cases serving millions of clinicians worldwide. Frank is also an academic neuroradiologist consultant practicing at the Royal Melbourne Hospital.