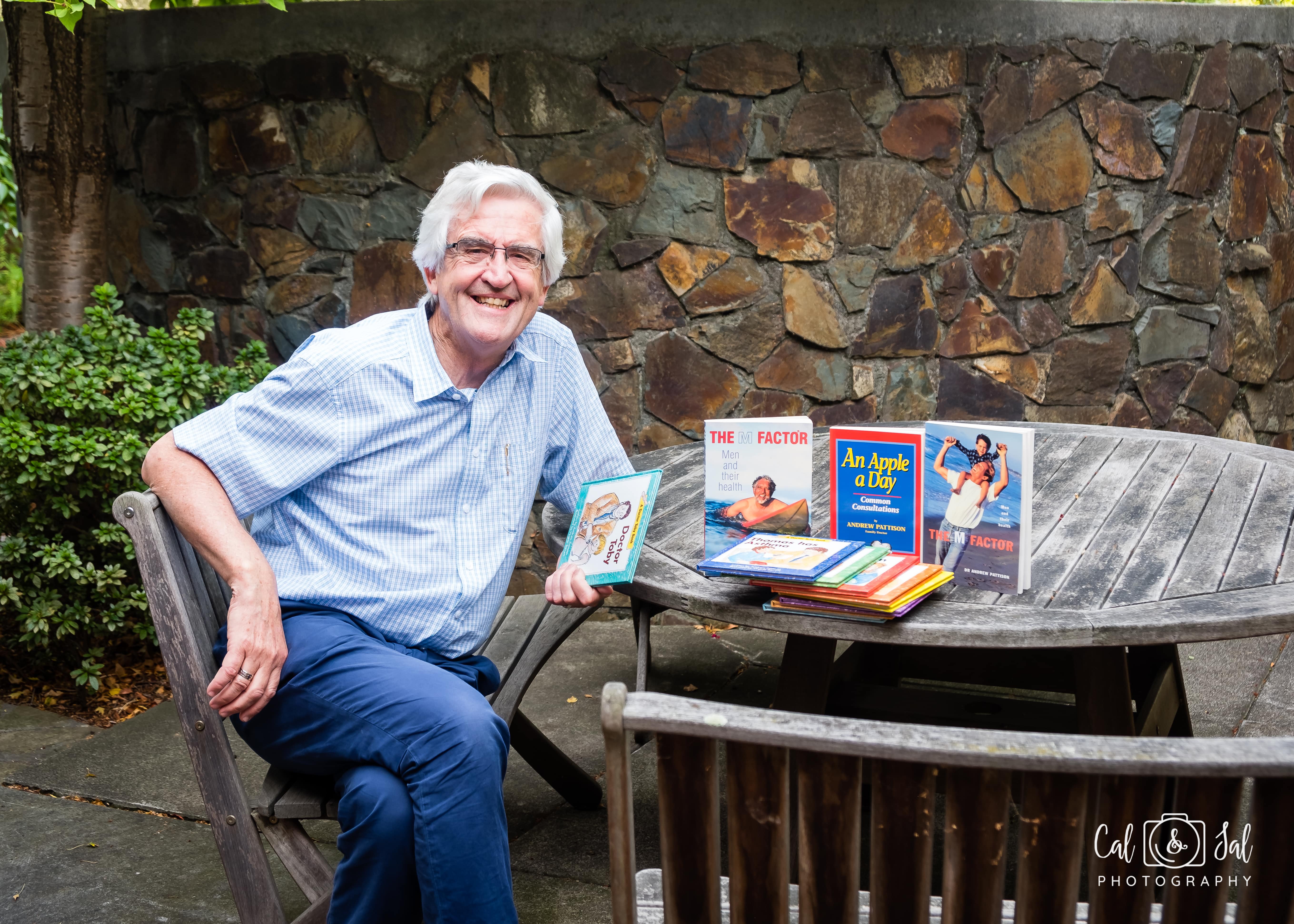 Dr. Andrew Pattison OAM is a much loved GP at the East Ivanhoe Medical Clinic, where he’s served for over four decades. He is avidly passionate about health education to the wider community: He wrote the Doctor Toby set of children’s books, and these led to roles as a regular medical expert on the Neil Mitchell radio program and weekly columnist for The Age. In 2014 he was awarded Medal of the Order of Australia for his services to medicine as a general practitioner.

THE BIGGEST LEAP OF FAITH - THE GP DECISION

I really enjoyed seeing patients for the first time as a medical student. I remember feeling very energised, and thinking ‘I’ve really arrived and I’m starting to enjoy all of this’. After being a junior doctor at St. Vincents for a couple of years, I had started the physician training program and had even taken a small role in organising some of the early lectures and tutorials.

Three lectures in however, I found myself bored to tears. The biggest leap of faith for me was coming home and having a discussion with my wife Carolyn, “Look I don’t even know if I want to be a physician. I go to lectures but we’re talking about big gastrin, little gastrin; I’m looking over the rooftops of Fitzroy, at the people walking past.”

The part of being a doctor I liked the most was seeing people off the street in the emergency department with undifferentiated presentations and trying to work it all out. I had to break the news to my physician boss and some of my mentors; it was a leap to tell them “I think I’m going to go into general practice.”

I then did a diploma in obstetrics and gynaecology for six months down at Moorabin, and applied for fellowship at the College of General Practice. I went into general practice in 1978 after doing a few locums here and there. Choosing general practice is the best decision I ever made in my life. Carolyn’s inside - she would say it’s my second best decision.

I think that when you get a calling to do something, when you get a sense of what you are really going to enjoy, you are better off following that rather than preconceived ideas about what you think you ought to do.

FROM DOCTOR TO AUTHOR, RADIO GUEST AND COLUMNIST

After about five years in general practice, I sat down one day and asked myself: what are the most important things I have learned? I made a list of my answers: recognising people who are ill, treating common conditions well, referring appropriately and health promotion - especially getting people to take more responsibility for their own health.

I worked for another five years and then the penny dropped. At this stage we had a couple of little kids, and I enjoyed telling them little stories that I had made up in my head. I realised we could start talking about health to school age kids. I came to the conclusion that if we are really going to be serious about making a difference in health, it’s all about education and we should be talking to kids from a very young age on looking after their own health, and the importance of diet and exercise.

At that stage I wrote the Doctor Toby books. To my surprise publishers in Australia and overseas became very interested in them. The nine Doctor Toby books came into being - Nick has tonsillitis, Claire has an ear infection, Ahmed goes to hospital, etc. Invariably when you write books, you find yourself on an interview circuit. I was interviewed by people all around the country about the Doctor Toby books and why I wrote them. I talked about the importance of health education and making a trip to the doctor less frightening for little children.

And then Neil Mitchell’s producer Steve Price approached me and said ‘I’d like you to do the occasional interview for us.’ I agreed to it. What he didn’t tell me was that they had a weekly talkback segment in mind. I ended up being a regular in the booth with Neil Mitchell on Melbourne’s leading talkback show, talking about health topics like high blood pressure or cardiovascular disease. It was a popular segment, and I did it for about four years.

While I was doing that The Age came along and said, we’d like you to do a weekly medical article on the stuff you talk about on your talkback show. I had to say to Neil and his producers, ‘look I can’t do everything, but this is another challenge. I’ll do that though.” I did a weekly segment for the The Age and it was great fun. Then came some more books including The M Factor - Men and their health.

As you go through life, it's a bit like playing football. All of a sudden the ball lands in your hands, and you can either hand pass it, drop it, or put it under your arm, take a couple of bounces, and go for a run with it. That’s what I did in each of these situations. I found that it was exciting to get outside of your comfort zone. It presented me with some really interesting challenges, and it’s extraordinary how many people I met through publishing, radio and writing.

It is very satisfying to get involved in all these other activities and it opens up a lot of doors. It gives you an opportunity to develop your own style, and to reinvent yourself in a way that complements what you're doing as a doctor.

Your health is very, very important and it is absolutely essential for us all to take some responsibility for that - get yourself up and about doing plenty of exercise, and take care with your diet.

The original Latin word for doctor means ‘to teach’ and that is one of our most important roles. We need to keep that in mind. With every consultation there is an opportunity for us to engage in a little bit of health promotion.